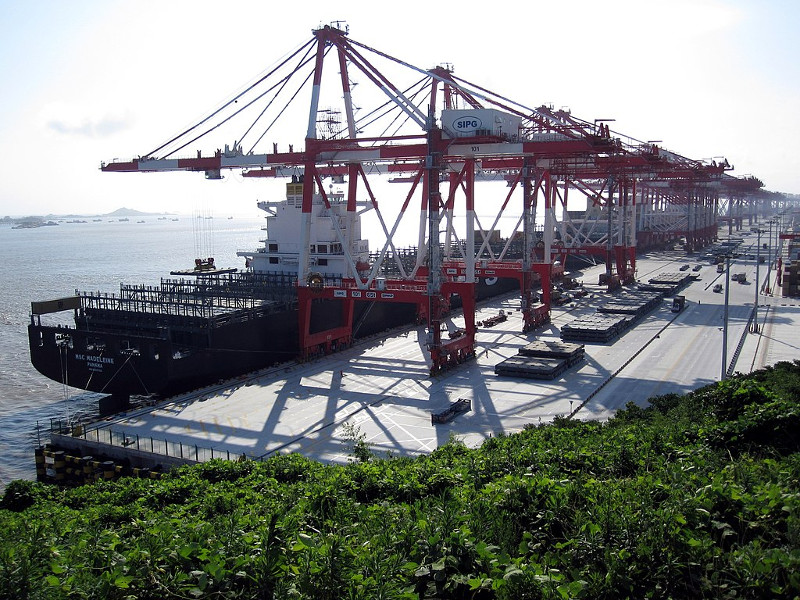 The Shanghai port is one of the busiest and most popular ports in the world in terms of handling cargo volume. It comprises a river port and a deep seaport. Let’s take a detailed look into the world’s 8th largest seaport!

The Port of Shanghai or Shanghai Port is situated along the coastline of Shanghai, China. It covers a large area of approximately 3,619 km² at the front of the Yangtze River. Further, it is nearly 18,000 km in length across the coastline and is considered as the fastest growing economy in the world.

The Shanghai Port is operated and managed by Shanghai International Port Group (SIPG), which is responsible for handling local, national as well as international freight transportation. Further, it is also responsible for manufacturing, maintaining and leasing containers and also for building and operating port facilities.

Between the 5th and 7th century AD, the Port was originally known as Hudu or Shen and not Shanghai Port. It was 1297 when it was officially declared as a city by the Yuan Dynasty. Centuries later in 1684, ocean-specific vessels were allowed to use the port under the reign of the Quing Dynasty, which also made the port collect customs duty for all types of foreign trades. And by 1735, Shanghai port became one of the most essential ports in the entire Yangtze region.

In 1842, the port started taking part in international trade and established itself as a treaty under Nanjing’s Treaty. It became even more accessible when foreign nations were mitigated by local rules & regulations after the commencement of the Treaty of Wangsai in 1844 and the Treaty of the Bogue in 1843.

After the 2nd Japanese-Sino War, the Japanese became an important part of the community and established the first factory at the port. The thing worth noting is that the Shanghai port came under the control of China in 1949 and during this time, the development slowed down the foreign trade rate to a great extent. It finally witnessed the economic boom when it was allowed to implement the economic reforms by the Central government in 1991.

There are three break-bulk terminals and two bulk cargo terminals at the Shanghai port. These are located in the Longwu, Wusong and Luojing areas respectively. With a handling capacity of 1 million passengers per annum, the cruise terminal has 4 large berths and an 850-meter long quay wall, and also, it covers an area of approximately 169km².

Waigaoqiao, Wusongkou and Yangshan are the three major container port areas of the Shanghai Port. These container terminals have more than 13km quay length, 156 quay cranes and 43 large berths.

Shanghai Port is one of the major ports in China and an important shipping lane for the rest of the world. It plays a very important role in connecting global economies. Click here for more information.