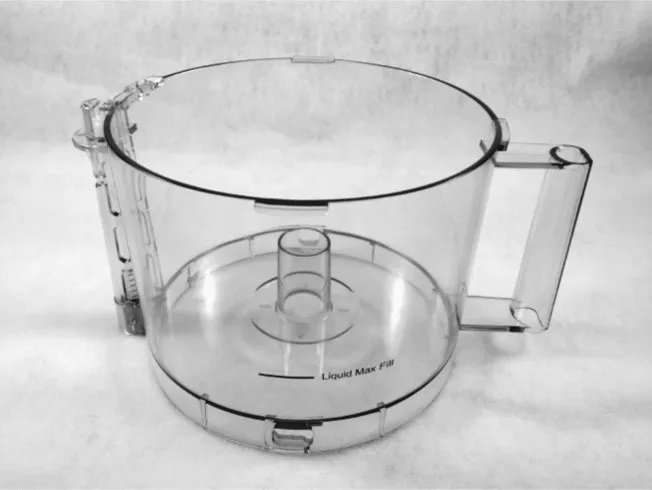 Cuisinart Food Processor Helped Me Get My Health Back On Track

For a long time, I was really health conscious. I watched what I ate, I worked out 5 times a week, and overall I was a pretty active person. Fast forward to pregnancy, and things changed. Let’s just say that when you’re eating for two, you’re not actually supposed to eat enough to sustain two full grown adults. That was my first mistake.

My second mistake was convincing myself that I didn’t feel well enough to work out, or that I was worried about getting my heart rate too high. They were just tired excuses. The final mistake was thinking that greasy food helped ease my nausea. I ate whatever I felt like eating and I was going to regret it later.

Once I had my son, it was apparent that my body wasn’t just going to bounce back. I had to get my diet back on track, and return to working out as soon as I was cleared to do so. I had no idea where to begin and what would be easiest for me while taking care of a new baby. I figured it would be best to get back on track now, than to wait. My newborn couldn’t get far on his own right now, but eventually he would keep me running after him.

I hadn’t been using my Cuisinart food processor lately, but I did plan to use it for baby food as soon as my son was old enough to start solid foods. I had heard from a friend that it was a wonderful tool for food prep, but never really tried my hand at it. Mostly, I just shredded cheese and chopped nuts when needed.

After browsing some blogs on the internet, I found a lot of healthy food prep ideas that I was excited to try. If I could get my habits on track, then I would have a handle on it before my son started having preferences, ans]d hopefully I could steer his decision making in the right direction. I started off small, just to see how it would go.

I started with hummus and salsas, and energy bars with protein, and then finally moved to prepping whole meals for the week. It was a lot less daunting than I had expected, and the meals were delicious. Cleanup was easy too.

One night while loading my dishwasher, I didn’t notice my work bowl wasn’t set right on the top rack. When I went to push the rack in, it got stuck. As it turned out, I put a pretty sizable crack in it, and with one look I could tell that this wasn’t going to continue to be usable. I quickly checked out KitchenWorksUSA, where they sell the authentic Cuisinart DLC-8 4-Piece Tritan Bowl Kit Part, and ordered just what I needed.

The food that I had prepped for that week lasted through until I received my new work bowl. I didn’t have any overlap where I wasn’t able to keep up my newfound healthy habits. KitchenWorksUSA was definitely a lifesaver in this situation.

I started to gain energy and lose weight, FINALLY. Eventually my son was on the move, so the timing worked out perfectly. I didn’t have to worry about being exhausted or overweight, and I’m able to keep up with my son with no problem, for now anyway. But I’ll take what I can get.

I’m now pregnant with my second child, and I’ve certainly learned my lesson from before. I’ve continued my healthy habits, and because of that I don’t have to do super intense workouts. Prenatal yoga has really been perfect to maintain where I need to be. Our family is healthier than ever, and I plan to keep it that way by continuing to use my Cuisinart food processor for most of our food needs.