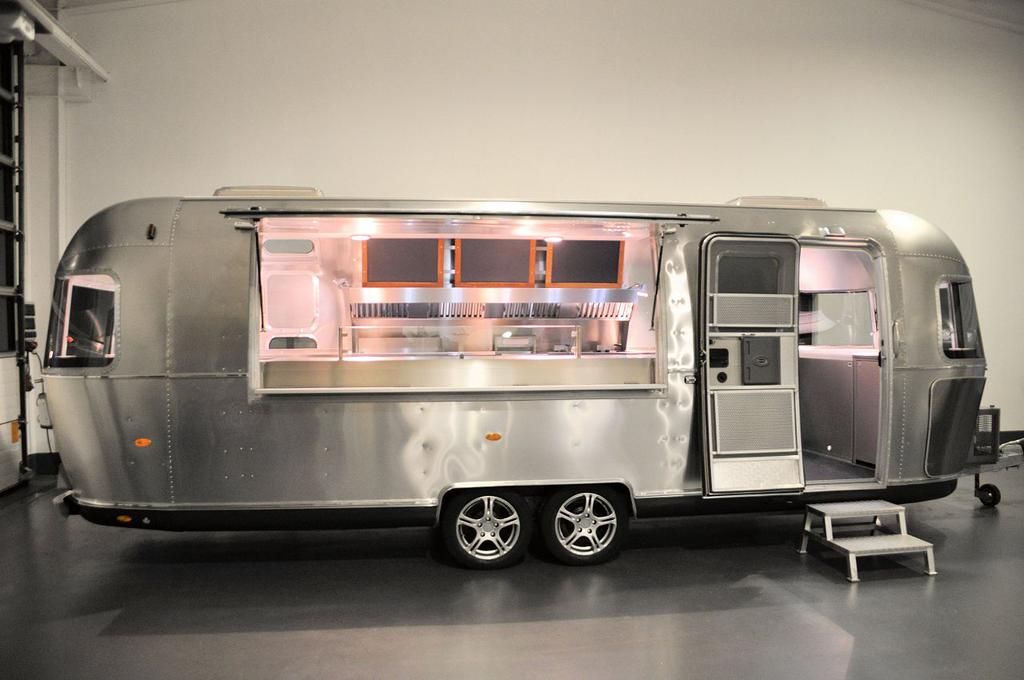 Airstream’s founder, Wally Byam, traveled his entire life virtually. When Wally was younger, his grandfather, a mule train driver from Baker, Oregon, used to take Wally hiking. He became a sheepherder in his teens, sleeping in a donkey cart with only two wheels.

Wally maintained this industrious passion throughout his life and built more trailers. They were constructed of plywood and Masonite in the early years when he experimented with adding amenities to make them into travel trailers. He began by adding chemical toilets, gasoline stoves, water pumps, and ice chests.

As he progressed, the trailers began to take on a more streamlined shape as Wally started to employ the aircraft construction procedures he learned in the service. These construction practices decreased wind resistance and made them more durable, increasing the strength-to-weight ratio of the travel trailers.

In 1934, Wally Byam introduced the name “Airstream” because his improved trailers sailed down the road “like an airstream.” Then, on January 17, 1936, Airstream Trailer Co. introduced the “Clipper,” and an American legend was born.

The Clipper was genuinely revolutionary. Priced at $1200, the Clipper was expensive, especially during the Depression years, but the company could not manufacture them fast enough to fill incoming orders. Its riveted aluminum monocoque body had more in common with the aircraft of its day than with its predecessors. Thanks to its steel-framed tubular dinette that could be converted into a bed, it could sleep four, had its water supply, had an enclosed galley, and was equipped with electric lights throughout. The Clipper boasted an advanced ventilation and insulation system and even offered “air conditioning” that used dry ice.

But survival was soon threatened from the outside. In December 1941, the Japanese attacked Pearl Harbor, and the pleasure trips and materials needed to build trailers became luxuries the country could not afford. Structural aluminum became classified as a critical war material, available only for the construction of vital aircraft. Tires and gasoline became scarce, and Wally Byam closed its doors.

With the end of the war, the economy flourished, and consumers began to demand more of the goods they had been deprived of. In 1948, Airstream Trailers, Inc. was helping to meet that demand at its new facility in Van Nuys, California. Wally had learned a great deal about aluminum fabrication and design in the aircraft industry and was ready to apply that knowledge to his trailer concepts.

The demand for Airstream trailers seemed limitless, and soon it was evident that Airstream had become a nationally known product. In July 1952, a lease was signed for a facility in Jackson Center, Ohio, to serve the eastern market. In August, the first Airstream manufactured in Ohio rolled off the production line, and the California factory moved to a larger facility in Santa Fe Springs.

Over the next ten years, Wally continued to improve and refine its products, and the company continued to prosper and grow. During this period, the company transitioned from factory-direct sales to a dealer network, providing better service and responsiveness to its customers. Today, more than 70% of all Airstreams ever built, including some made from the original five-dollar plans, are still rolling down the road. Suppose you are one of the lucky ones who can have access to one of these legendary vehicles. Although, in that case, it is very likely that by the simple passage of time, you will have to take it to the airstream repair service, make sure that each of the systems is working correctly and well, if you have an expert airstream repair, you can even make some aesthetic and functional improvements that will undoubtedly bring this classic to the current century while respecting its mythical history.