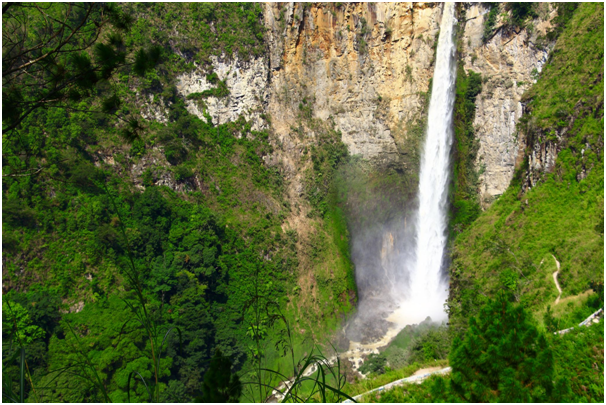 3 Waterfall Nature Tours in Solo That You Must Visit

Like other tourist city destinations in Indonesia, Solo also has a natural beauty that deserves to be included in your visit list. One of the natural tourist destinations that is a pity to miss is a waterfall.

Tawangmangu is a district around the slopes of Mount Lawu, Karanganyar, Central Java. Grojogan Sewu waterfall is one of the paths taken by Tawangmangu-Sarangan. Entering the Tawangmangu Nature Tourism area, the directions are quite clear to the Grojogan Sewu Tourism Park.

Around the Sewu Tourism Park entrance, there are many souvenir sellers such as typical mountain plants, handicrafts, clothes, and many more who hold merchandise in shops or on the roadside. After buying a ticket and passing through the Grojogan Sewu Tourism Park gates, we have to pass through the stairs to get to the edge of the waterfall. With a cliff height of about 100 meters, the journey down the stairs is quite tiring for visitors to this waterfall. It seems that the stairs that are passed are endless.

When you set foot on the last descending stair, you can see from a distance the Grojogan Sewu tourist attraction is quite high with a reasonably heavy water discharge. We tried to get closer to the location where the slippery Batu Grojogan Sewu passed. We need to be careful when setting foot because many stones are quite sharp and can injure the feet. Several hundred meters closer to the falls had occurred due to the reflection of the torrential downpour of the falls.

Tourist cameras had reportedly been repeatedly exposed to water droplets which made the results look blurry. After enjoying the view of Grojogan Sewu, we finally headed to the tourist forest located next to the waterfall to relax. Grojogan Sewu Tourism Forest has an area of ​​20 hectares and is quite comfortable for picnics and relaxing. The area is overgrown with various types of forest trees and inhabited by a group of tame monkeys.

This waterfall has a height of approximately 25 m, split into two called Twin Waterfalls, and is located at an altitude of 1000 m above sea level. On the way to Jumog Waterfall, we take the road to the Jumog – Sukuh – Kemuning – Cetho tourist route. The roads meet at an intersection without traffic signs before entering the Tawangmangu area.

From the gate, it’s only 2 km by taking the right path by following a fairly narrow sidewalk. Entering the Jumog Waterfall tourist area, the atmosphere is cool and calm because visitors do not crowd it. The parking area is less spacious and can only be occupied by a few four-wheeled vehicles or small buses. From the parking area, we were immediately greeted with the entrance fee for Jumog Waterfall tours. After paying the entrance fee and signing the guest book, visitors must walk down the cliff.

The name of Parang Ijo Waterfall sounds familiar to the ears of tourists who are going on vacation to a tourist area located on the slopes of Mount Lawu. Understandably, this waterfall has just developed into a tourist area, in contrast to the Grojogan Sewu Waterfall has been known for a long time. Parang Waterfall is located in the tourist area of ​​Ijo Ijo Parang, Girimulyo Village, Ngargoyoso District, Karanganyar.

This waterfall has a height of about 20 meters. The Parang Ijo Waterfall Tourism Area is in the same direction as the Jumog, Sukuh, Kemuning, and Cetho Waterfall tourist areas. The quiet atmosphere when entering the parking area and entrance. After paying for the entrance ticket, I went along the path as wide as

about one meter to get to the waterfall.

The journey to the waterfall area descends to the cliff and passes through a garden that looks quite green and attractive. Not long after, we finally arrived at the Parang Ijo Waterfall area. The size of Parang Waterfall is somewhat smaller than Grojogan Sewu Waterfall and Jumog Waterfall. Although smaller in size, this waterfall has a pretty good height, and the plants around it still look beautiful and well-maintained. What is unique in the area,

The water discharge in this waterfall is quite heavy, similar to the Jumog waterfall, although it is less heavy. The supporting facilities of this tourist area are still in good condition, both because the number of visitors is still small, and because it has just been built. The streets and parks are still well maintained, the condition of the area is quite clean, some children’s toys, swimming pools, and viewing posts in several corners.

This waterfall offers a beautiful view that is not inferior to other waterfalls in Karanganyar Regency. The atmosphere of the waterfall tour is still empty of visitors who want to make it comfortable to take pictures and play water while enjoying the tranquility of this nature. This location is easily accessible by private two-wheeled and four-wheeled vehicles.

A visit to the waterfall will certainly make your spirit return to live busy days. Ready to start your getaway to Solo? Visit Wonderful Indonesia, and don’t miss out on the magic!