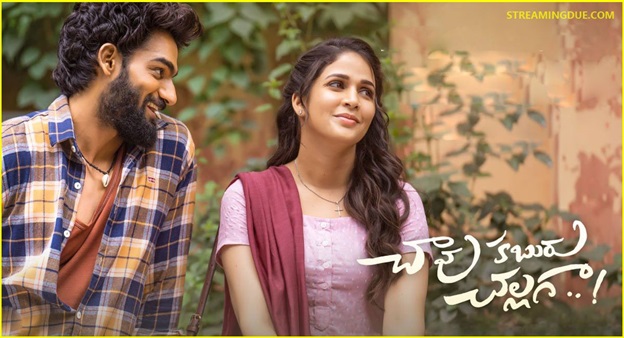 The Telugu Film industry is famous for the films that have set benchmarks in the Indian film industry. The makers are the main pillars in making such outstanding movies. But the actors are the essence of films, and they take films to a higher level. The audience watches many Telugu films due to their favorite stars. They are talented and bring their best with every movie they do in their life. The Telugu Film industry has brought up many famous actors. This film industry has given them many opportunities to explore their talents and make their career in the Telugu film industry. The year 2020 even proved to be lucky for many stars.

They got enough time to know their talent, and they presented their best in some of the movies. One of the Telugu stars that proved to be an outstanding star in a recent romantic comedy film is Karthikeya Gummokonda. The actor has received a good response from the audience and the critics. The actor has explored his new version in the movie ChaavuKaburuChallaga. He got a chance to be close to the heart of the audience. The viewer can watch the latest Telugu film over the OTT platform Aha. The audience can watch movies online. The way the actor has performed in the movie is outstanding. The audience can enjoy the same online. Let’s know about the movie in detail.

ChaavuKaburuChallaga is a romantic, comedy-drama film released on 19th March 2021. However, the movie is the directorial debut of PeggalapatiKoushik. The film is co-produced by Bunny Vasu and Allu Aravind. Karthikeya Gummokonda and LavanyaTripathi are playing the lead roles.

Plot: The story is about a Mortuary van driver Balaraju, the role played by Karthikeya. He falls in love with Mallika, the role of which is played by LavanyaTripathi. It happens at the funeral of men, and he did not know that she is a widow. Mallika is busy serving people as a hospital nurse, and she was not interested in Balaraju. The boy at every stage tries to persuade her to be together. Whether Mallika will accept him and how their life will end is all about the film. Talking about the performance of the stars, they have done well to their characters. The audience likes the lovely pair of Karthikeya Gummokonda and Lavanya, and their chemistry is outstanding. The climax of the film is heart-touching and has a happy ending to it. Karthikeya as Balaraju proved to be the soul of the film. The audience can watch Telugu movies online at the OTT platform Aha. The online streaming platform has given the flexibility to Telugu film lovers to watch films anytime and anywhere. With time, many new features have been introduced by the channel. New videos, shows, and new movies can be available easily on the platform. So, leave the cable TV and switch to Aha.