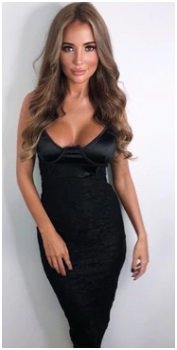 Frequently Asked Questions About Working In A Strip Club

A lot of people wonder about the Melbourne strip club industry. There are a lot of misconceptions about what happens, the kind of people who frequent strip clubs and the women who work in such clubs.

Most people assume that strip clubs are these seedy spaces where men with questionable morals come to look at women who have had a hard life trying to make money by taking their clothes off. This is not entirely true.

Most girls are performers who are doing it for the money. There is some skill required. Since most girls dance, you do need to have some dancing skills. And then there is the pole.

There is a misconception that stripping is for desperate women who are down on their luck. It is also assumed that all women who are into stripping are also struggling with addiction problems. There is also the misconception that strippers cross the grey area into prostitution. This is not the case at all. Sometimes when a girl says they are working at a Melbourne strip club to pay their student fees, they probably are telling you the truth.

Strip clubs are open virtually 24 hrs a day. The shifts can be brutal for the girls. One girl can be working g the club from anywhere between 3am and 7pm, four times a week. They also have to pay a fee to be on the dance floor. Think about that the next time you throw a dollar, these girls work hard so you can be entertained.

A lap dance is a private performance which usually takes place in a VIP area with nice couches and mood lighting. There is no touching or sex involved. Lap dances are where the girls make the most money. They are expensive and most people buy them as a treat.

Most strip girls do topless dancing and will take everything off but their thongs. Some clubs offer full nudity. Sometimes it depends on the girl. Some performers do just fine without ever needing to bare all.

Strippers don’t get paid by the hour. They aren’t actually employees of the club but they make their money earning tips. Strippers are considered as independent contractors so they have to pay the club to perform on stage. There’s also the DJ who also makes money on tips. If he doesn’t get tipped, a dancer might find herself dancing to some seriously lame music. The popular girls with the great body and nice sensuous moves who are flirty enough to book a lap dance or two are the ones who make the most money.

You should never ever get grabby. There are bouncers who look out for the girls and will summarily throw you out if you overstep the mark. You will find that most of the girls can handle themselves, so you may just get a beat down for being disrespectful.